Torres v. Fitial: What are the differences?

"BE IT RESOLVED, that Benigno Repeki Fitial, Governor of the Commonwealth of the Northern Mariana Islands, is impeached for the commission of actions constituting multiple felonies, multiple acts of public corruption and multiple instances of neglect of his sworn duties of office and that the following articles of impeachment be exhibited to the Commonwealth Senate for trial."

These are the opening words of House Resolution 18-2, which led to the impeachment of former Gov. Fitial in January of 2013 at the beginning of the 18th Commonwealth Legislature.

The final sentence of the 26-page listing of charges for probable cause to impeach Mr. Fitial reads:

"Wherefore, Benigno Repeki Fitial, by such inaction warrants impeachment and trial, and removal from office and disqualification to hold and enjoy any office of honor or trust of the Commonwealth of the Northern Mariana Islands."

The articles of impeachment, passed overwhelmingly by the House of Representatives - which was comprised of a majority of Mr. Fitial's supporters - were sent to the Senate. Before the trial against Mr. Fitial could begin, he resigned from office in disgrace. Then-Lt. Governor Eloy Inos was sworn into office as the governor of the CNMI.

The 15 congressmen, who sponsored House Resolution 18-2, argued that there was more than enough probable cause that Mr. Fitial had committed crimes and neglected his duties for him to answer to the Senate.

Mr. Sablan, the current floor leader, said in Tuesday's House discussion on the possibility of an investigation into Mr. Torres that the Commonwealth Legislature should "respect the process," referring to the Federal Bureau of Investigation RICO case against the governor, his wife, and his brothers and sisters in law. He said that the probable cause and allegations against the governor should be left to the federal investigators. Reps. Ed Propst, Tina Sablan and Donald Manglona disagreed, saying that the Legislature was duty bound to start an inquiry, especially as to the probable cause regarding the commission of local felonies and violations of local law.

Despite Mr. Sablan's statements, he didn't always act that way. He is one of the authors of the articles of impeachment against Mr. Fitial, the first of which charges him with violating federal law.

This and the next article of impeachment dealt with the governor's directives to release a prisoner to massage him at his private residence, so he said.

Mr. Fitial's home was never raided by the FBI. Neither was his office. The unprecedented raid of the Governor's Office and Mr. Torres's home by the FBI lends to proponents of impeachment and removal from office one striking difference from the charges of federal felonies against Mr. Fitial: a federal judge actually found probable cause of the commission of federal crimes in order to sign the warrants for the raids and the seizure of property. 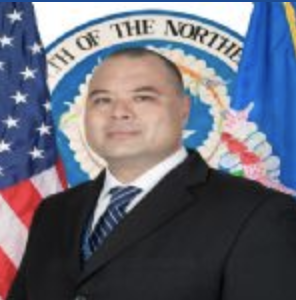 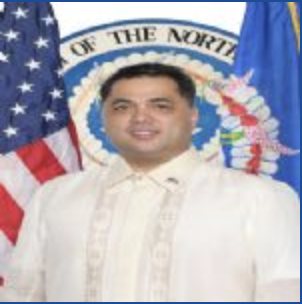 Mr. Sablan and the other five current congressmen, who voted for impeachment in the 18th Commonwealth Legislature, may need to explain to their constituency why, if they continue to stall action on starting an investigation into Mr. Torres, they are treating him differently than Mr. Fitial; especially, when the probable cause against Mr. Torres is stronger than any probable cause there was against Mr. Fitial.

Why the change of heart, when seven years ago you voted to impeach a governor, in part due to allegations of federal crimes without any knowledge of a federal investigation?

Articles III and IV of the impeachment charged Mr. Fitial with theft of services felonies. These charges revolved around Mr. Fitial's use of government resources - namely, Commonwealth employees - to aid in the attempted escape of former attorney general Ed Buckingham.

In this case, the sponsoring members of the House alleged that Mr. Fitial planned the illegal use of government employees to carry out Mr. Buckingham's escape. In Mr. Torres's case, black-and-white evidence of the governor defrauding the CNMI government in order to be reimbursed for nearly $100,000 in personal purchases and to illegally fly on premium fare every time he and his wife travel on the public dime was sent directly to House members. The governor himself authenticated the series of documents, which includes reimbursement memos, receipts, boarding passes, itineraries, and more.

Among the corruption charges against Mr. Fitial involved his approval of a sole source contract, and how that violated the Commonwealth's laws. By comparison, document atop document confirms the great number of sole source contracts approved by Mr. Torres. In just the last few months, thanks to an Open Government Act investigation by justice advocate Patricia Guerrero, the public discovered an under-the-table sole source contract with Clyde Norita to head the CNMI census effort.

Mr. Torres is accused of far worse crimes than Mr. Fitial, who was impeached within the same month articles of impeachment were introduced. The instrument of delivery? A special investigative committee appointed by the speaker of the House.

Current House Speaker Blas Jonathan Attao has a choice to make about what side of history he will be on, as Rep. Tina Sablan so aptly put it. Seven years ago there was little hesitation by House members to impeach a corrupt governor for crimes and conduct that do not rise to the level of Mr. Torres's crimes and misconduct.

This time around, there is clear, black and white evidence of the crimes.

This time around, probable cause of crimes including money laundering, fraud, wire fraud, foreign interference in U.S. elections, violations of the travel law, misuse of public funds, the receiving of kickbacks, abuse of power, and more has been produced to the public and to a federal Grand Jury.

Probable cause exists in the eyes of a federal judge.

The governor's office and his home were raided. 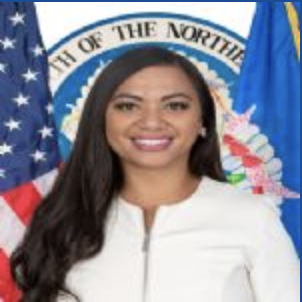 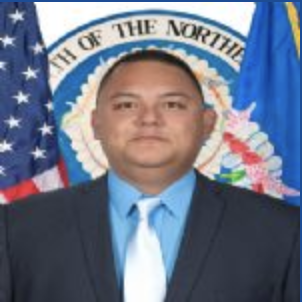 This is not the figment of an overactive imagination. These aren't the musings of the governor's political enemies. This matter - the betrayal of the people's trust - should be a bipartisan matter that only thus far has reached the conscience of the independent minority bloc in the House. The only conspiracies here are the ones involving the planning of crimes committed by Mr. Torres, his wife, his brothers, and all but one of their wives.

Why was Mr. Fitial held to a higher standard seven years ago than Mr. Torres is held to today? If Mr. Fitial were the governor today who committed these crimes, would the Commonwealth Legislature still be moving at a glacial pace, or have this same hesitation to send articles of impeachment to the Senate for a trial and removal of the governor?