CNMI Gov. Ralph Torres in a meeting with one of his special assistants, Yvette Sablan.

The IRS filed a tax lien against Imperial Pacific International (CNMI), LLC's sole member, Carmen Fernandez, on April 25 this year in federal court. On the same day, the federal grand jury began. One day later, a sealed federal warrant was filed. Fourteen days after the grand jury began, the IRS filed its second tax lien; this time against the Torres couple.

A series of movements by the federal government from the April filings culminated in the November 7, 2019 Federal Bureau of Investigation raids throughout Saipan.

Less than a month after the Torres lien, the United States extended the grand jury for further criminal investigation. Then, all of a sudden on June 25, the IRS lifted the IPI lien on Carmen Fernandez. Two sealed warrants were issued between June 20 and the date of the lifting of the Fernandez lien.

Two more sealed warrants were issued between August 8 and August 16 before criminal cases believed to be related to the major casino and public corruption investigations began dropping.

On September 9, a case was filed against Ercang Yang regarding the casino, the government, and false information. On September 26, a case involving fake identification by a Chinese citizen was filed against Youshe Piao. From that same day through October 25, the federal government filed three more criminal cases - all sealed by the District Court.

Three more tax liens were filed by the IRS in the days preceding the raids: one against Asisa Pacific Inc. on October 23; one against Mark Santos and Tropical Marine on the same date; and the final one against Guangdong Development Corp. Inc. on Halloween.

Vince Torres could have asked his younger brother, Commonwealth of the Northern Mariana Islands Governor Ralph Torres for some help to pay his taxes; Gov. Torres has been reimbursed with CNMI taxpayers's money for tens of thousands of dollars in off island and on island shopping and fine dining, despite the per diem allowances he receives for official travel.

Gov. Torres has been quite the busy shopping bee; and it seems he has a knack for electronics that he forces the CNMI people to pay for.

On April 9 this year, shortly before the first IRS lien involving Ms. Fernandez, Lt. Gov. Arnold Palacios sent a reimbursement memo to Acting Secretary of Finance David Atalig, Jr. to pay Gov. Torres $2,332.63 for a lot of food and electronics the governor bought in Saipan, Washington, D.C., and Guam. On March 11, 2019, as the Commonwealth was selling its austerity measures to a beleaguered people, he decided to spend $196 of the people's money at Nam Dae Moon Korean restaurant to meet with the Office of Management and Budget regarding budget issues. The irony.

Even the CNMI Senate was in on the plunder. One day later, on March 12, the governor treated senators to 12 lunch buffets at Costa Restaurant, spending $240 of the taxpayers's money lavishing the political class of the islands.

On March 7, he had a meeting with one person (according to the note on the receipt), and they wined and dined to the tune of $442 at Kevin's Prime Rib and Seafood restaurant. They used taxpayer money to buy a $75 bottle of cabernet sauvignon, two coconut frappes, and four buffets that each cost $85. There's an hilarious entry of one diet Coke on the receipt.

He spent another $136 dining with the Senate President on that same day at Kinpachi Restaurant for lunch.

At the Marriott Marquis in Washington, D.C., he spent $209.92 of the people's money on 5 adult buffets and a french toast crunch despite the fact that the taxpayers already paid him a per diem allowance while traveling.

On February 7, Gov. Torres wined and dined more folks, this time at Mai Teppanyaki. They waxed a $40 bottle of sauvignon blanc, ate wagyu steak, a wagyu beef seafood combo, tenderloin seafood combo, and sauteed foie gras at a total $281.60 of the people's money.

Gov. Torres on December 1, 2016 sent a reimbursement memo to former finance secretary Larissa Larson for the taxpayers to reimburse him the cost of yet another high-end camera he bought; this time a Nikon D5300 purchased for $599 at BestBuy in Boise, Idaho.

In that same receipt is the purchase of a Super Life Jacket Superman Bluetooth speaker system, purchased for $149.99

Where is the GOP-led Legislature?

The pressure is mounting on the Torres family to relinquish power and come clean about their massive misuse of power and money.

Earlier this week witnesses reported an incident at a Saipan business, where Rowina Torres confronted an ex-employee of her companies and verbally assaulted her, shouting expletives.

With growing evidence of the Torres family's plunder of the Commonwealth, one question is growing steam: why hasn't the Republican majority in the CNMI House of Representatives begun impeachment proceedings? 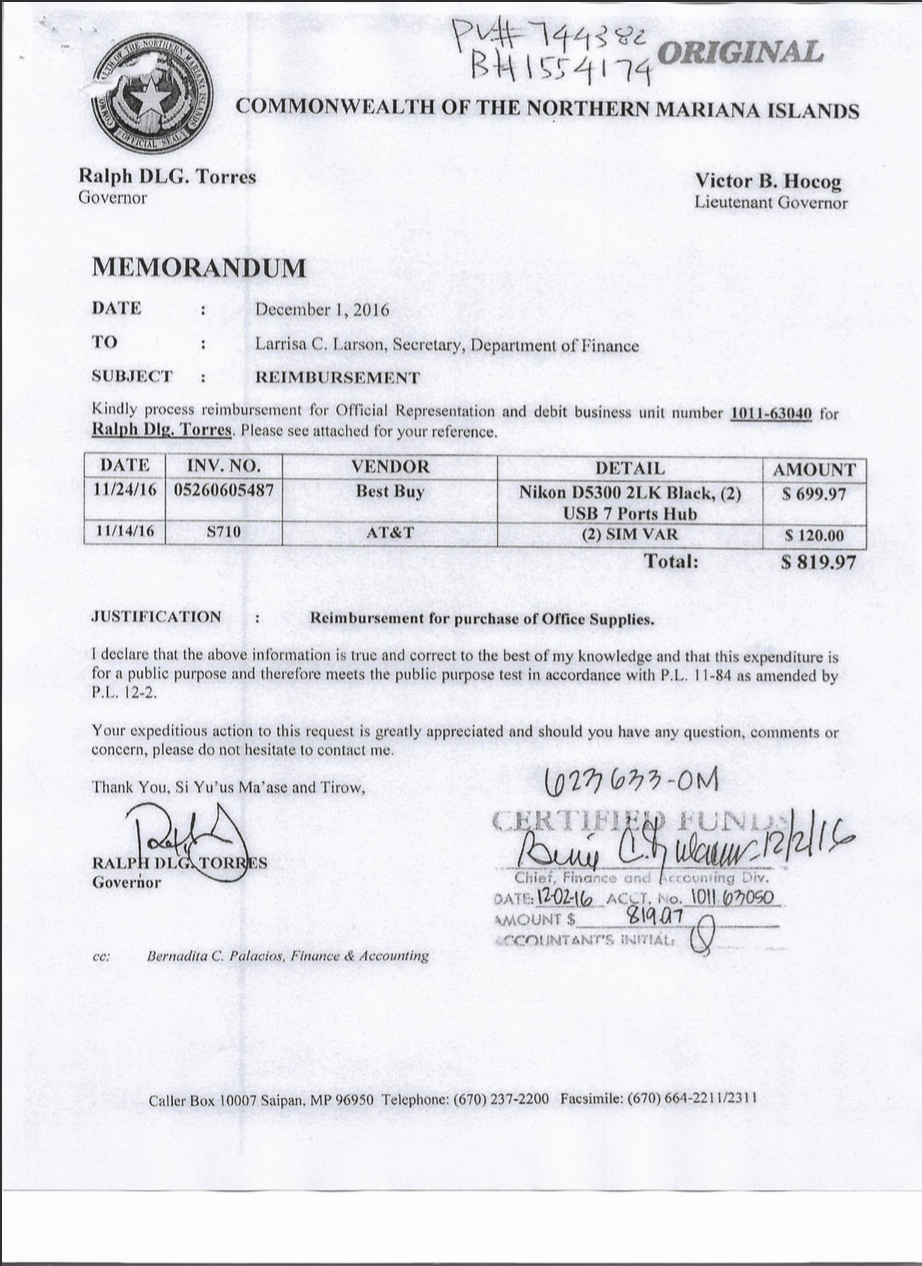 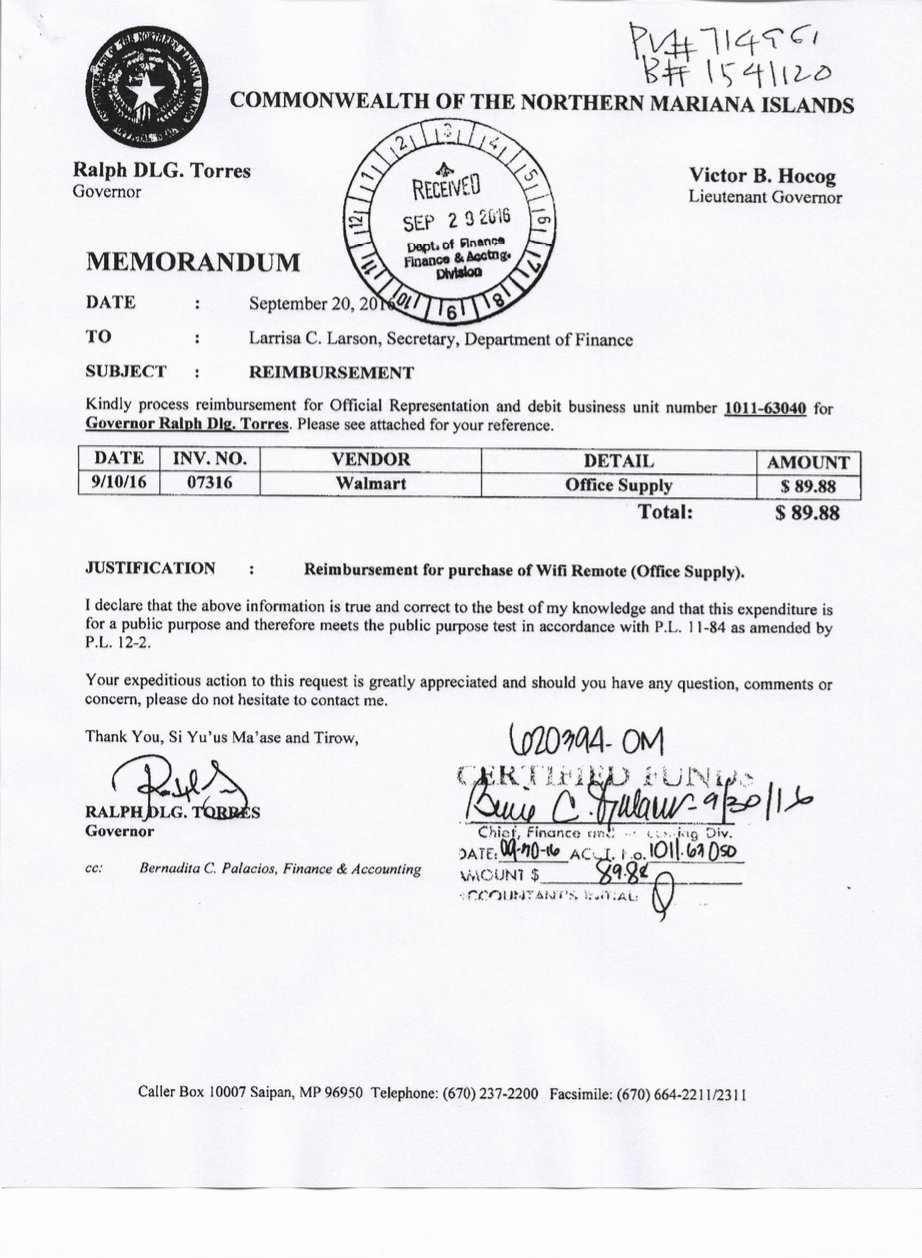 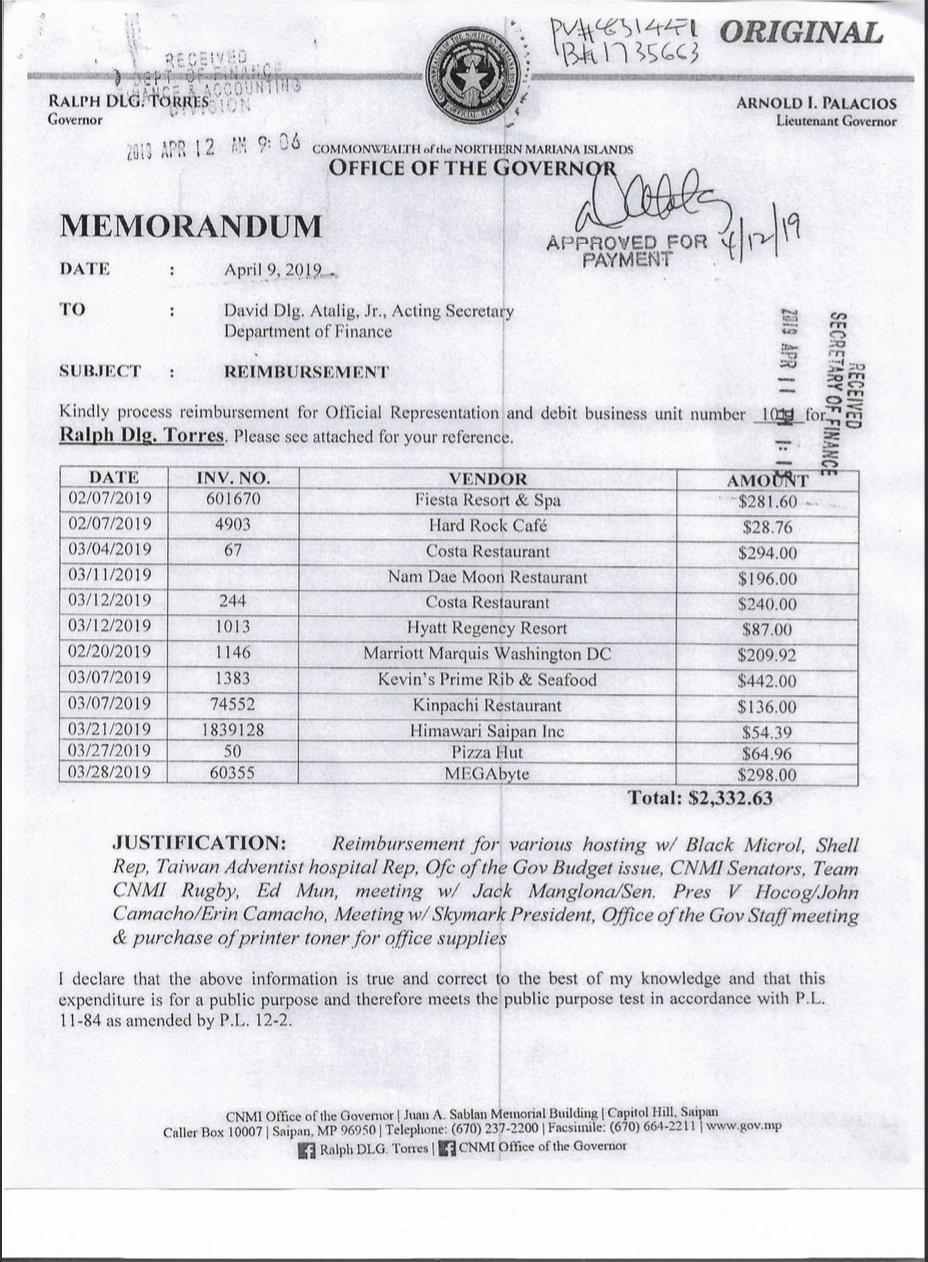 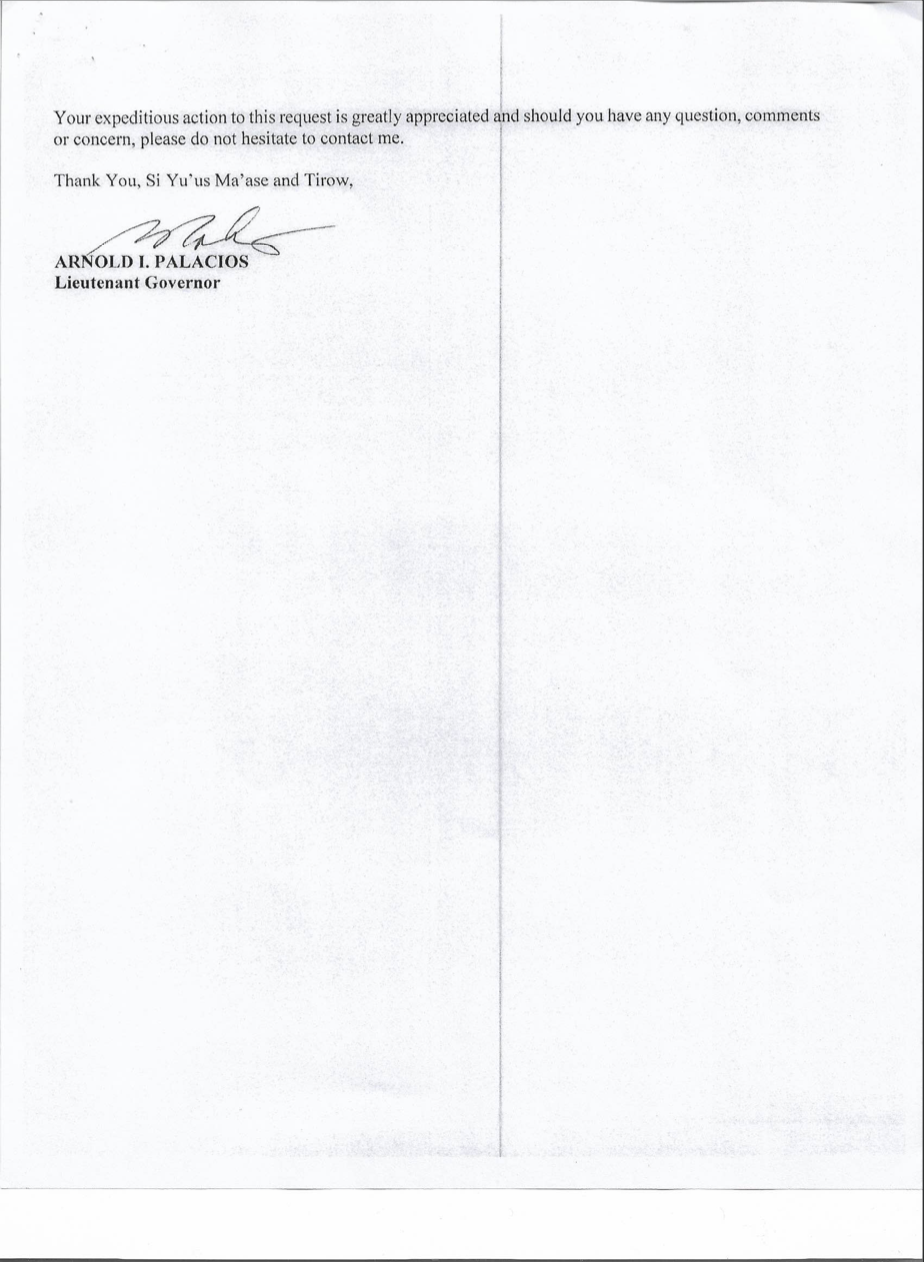 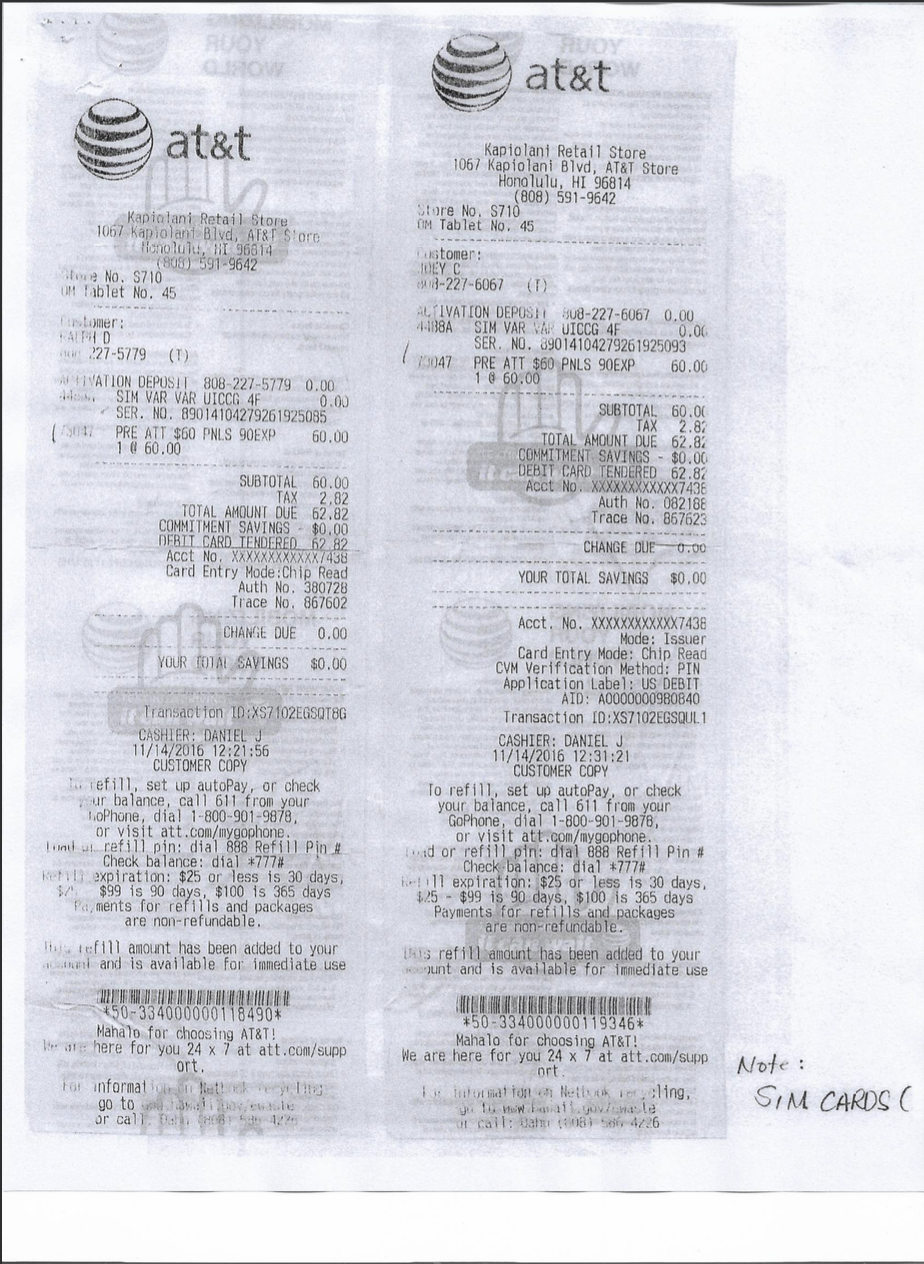 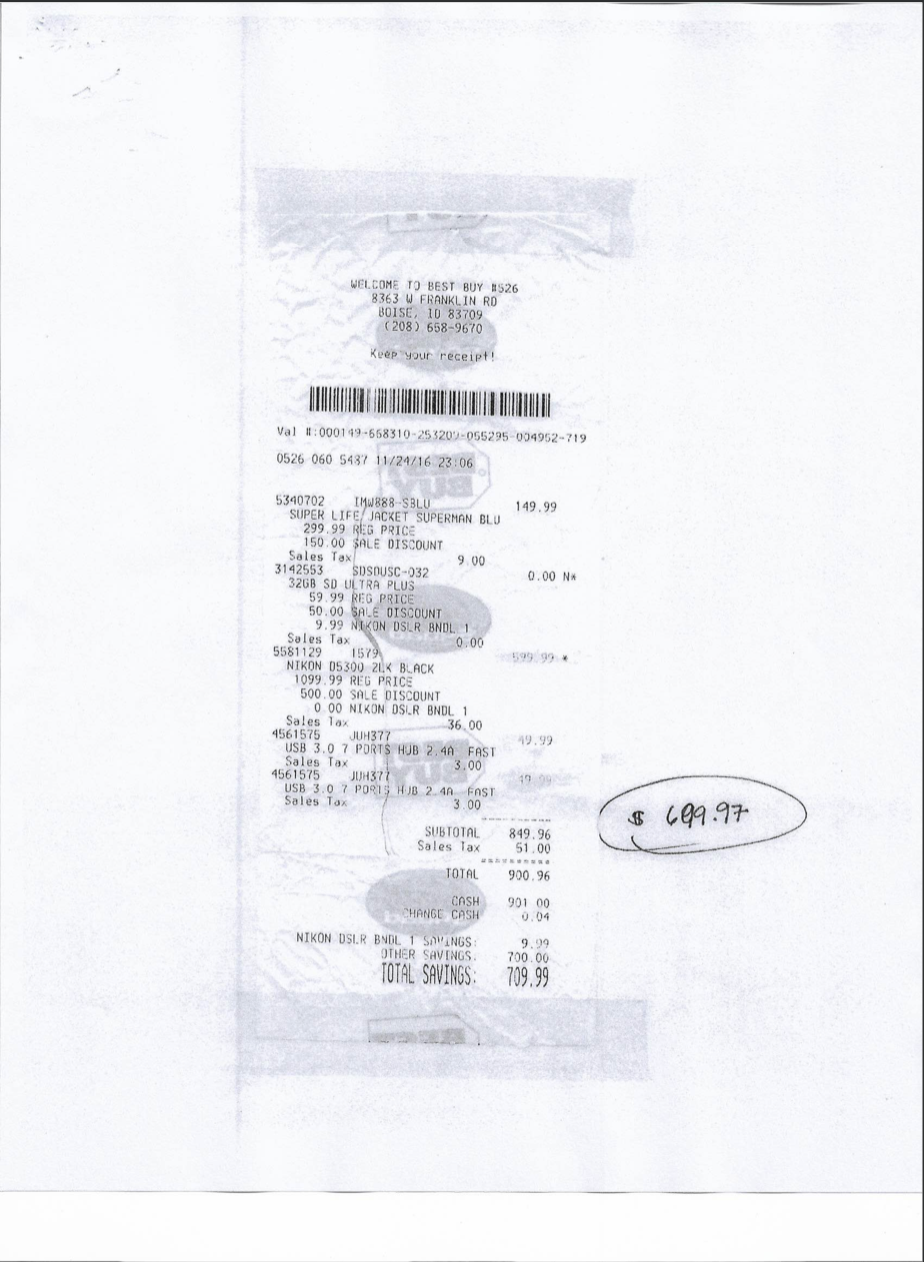 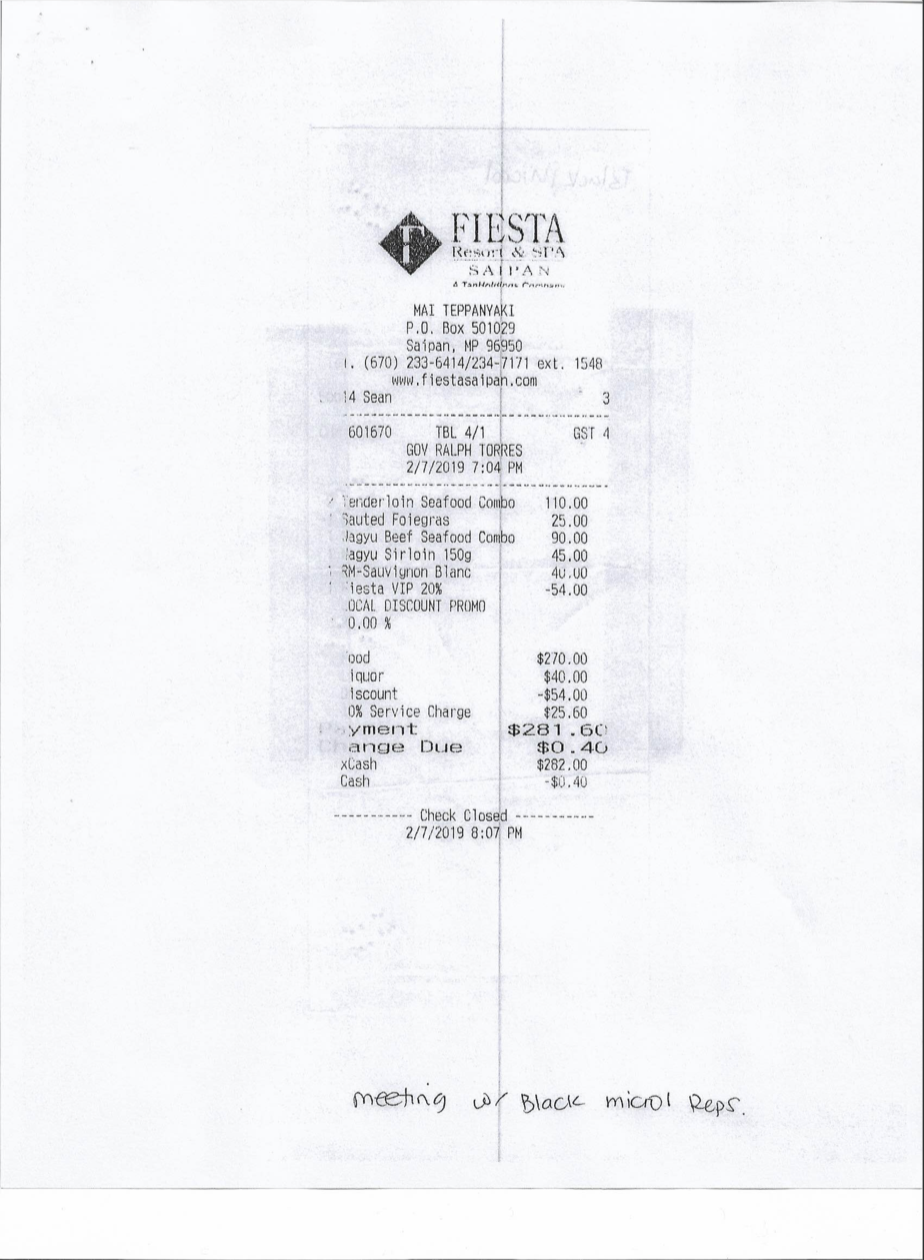 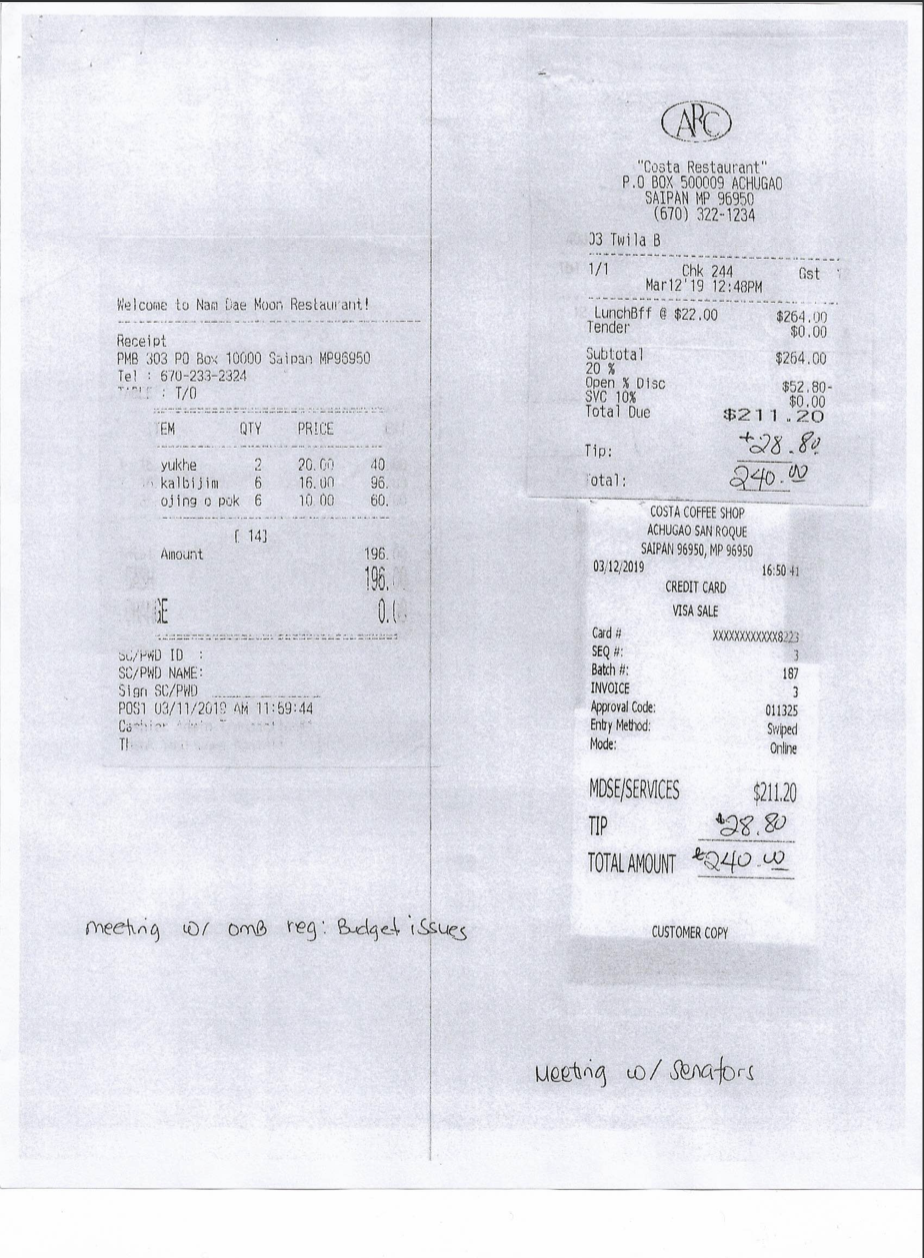 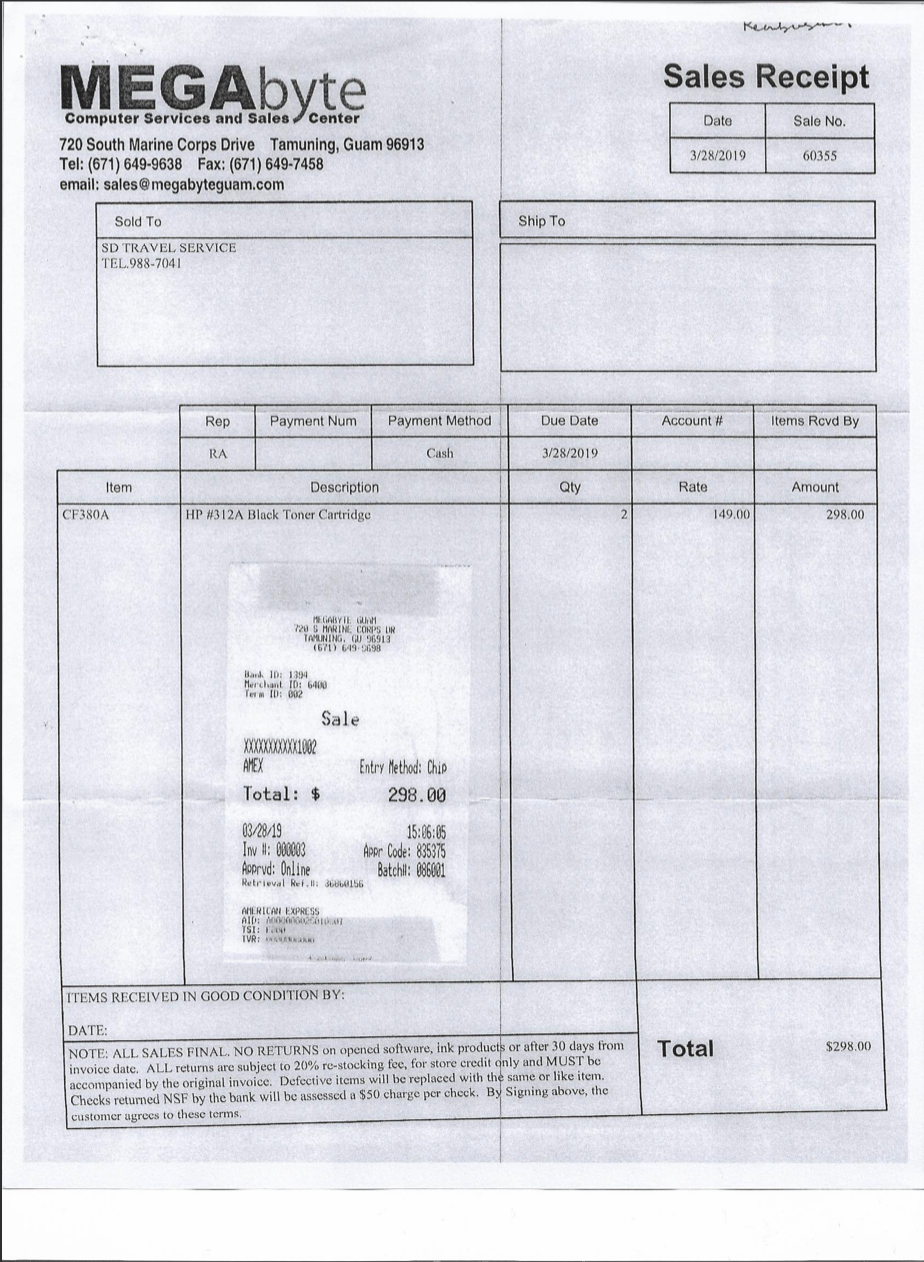 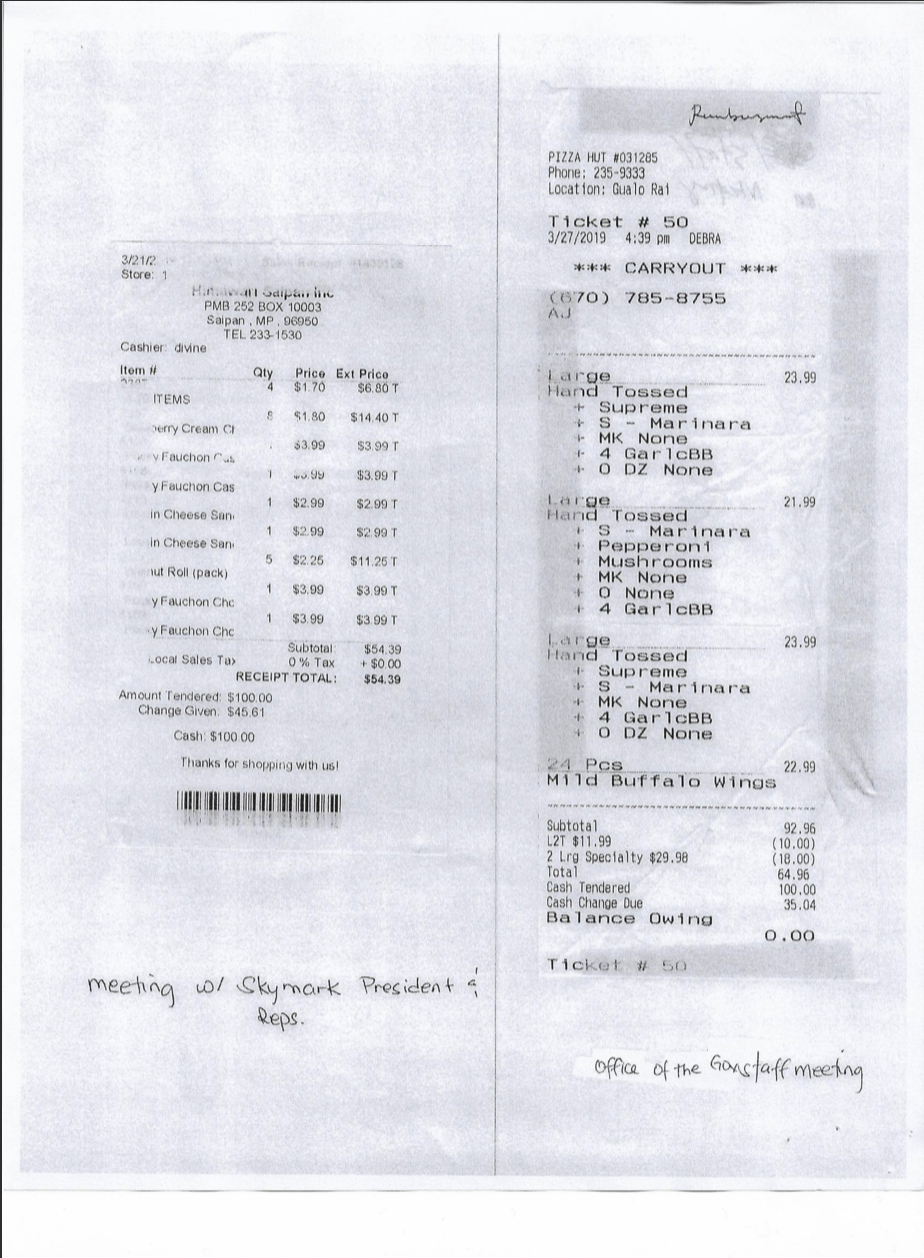 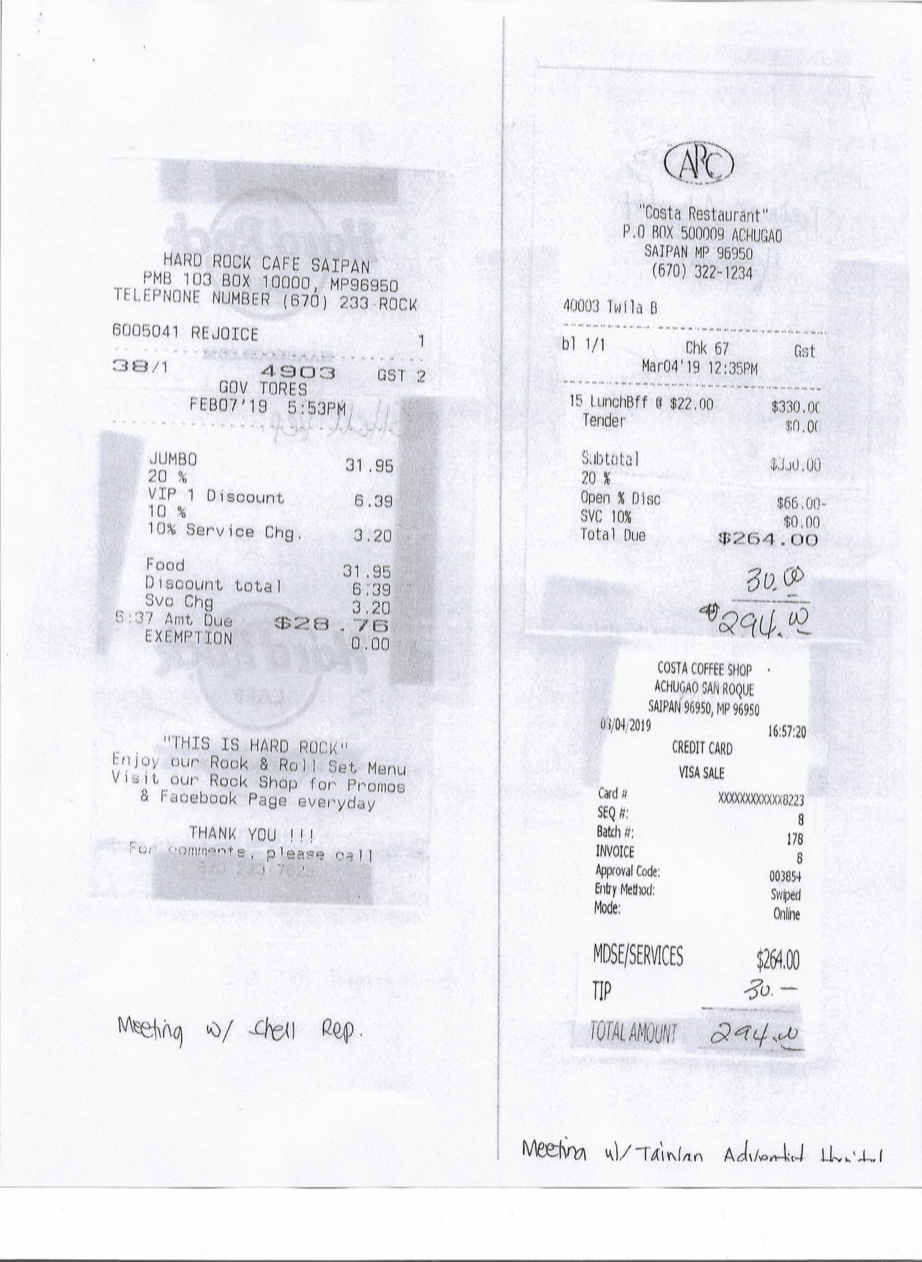 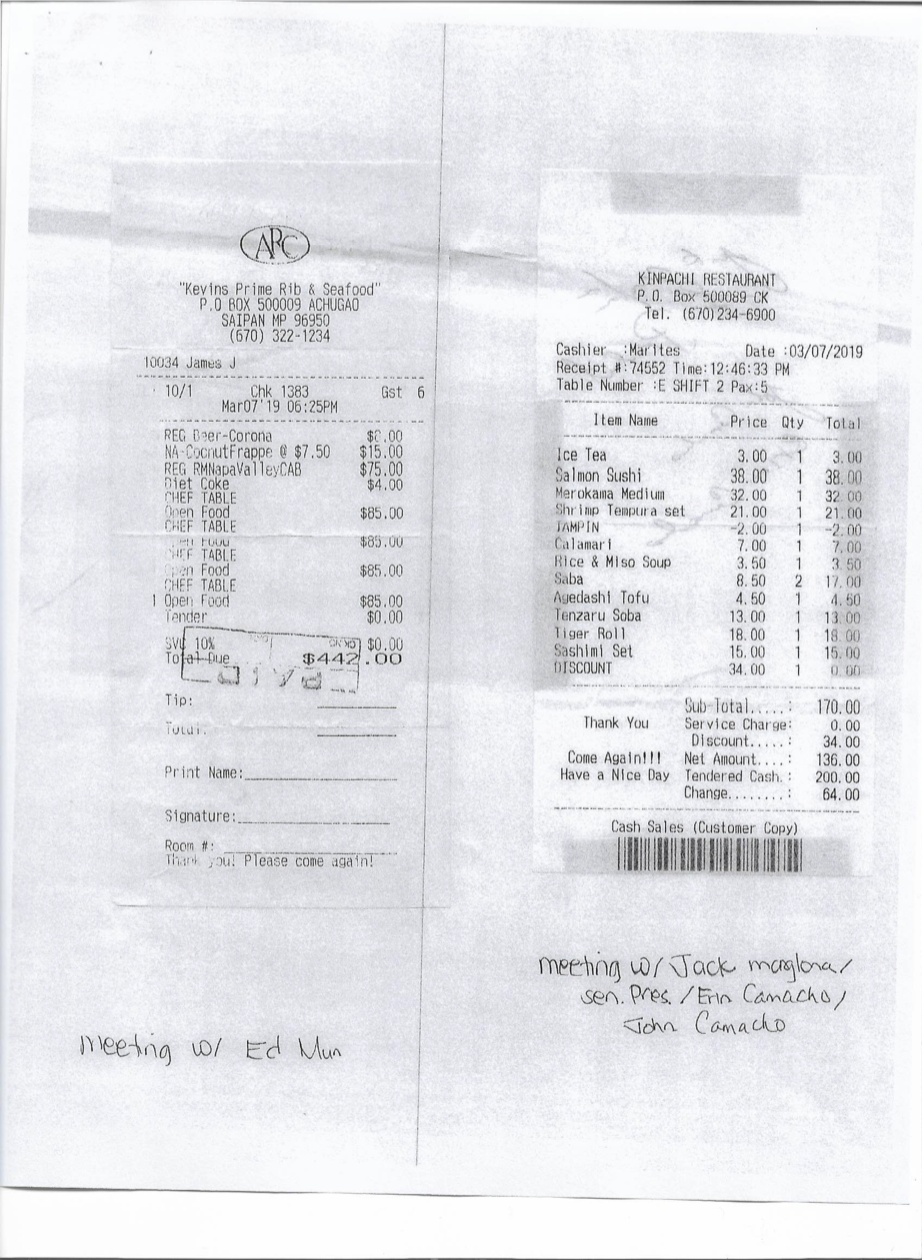