Behind the scenes political maneuvering by Terlaje to benefit Attorney Mike Phillips and possibly jeopardize U.S. citizenship of the Chamorro people

Late last night the Governor announced she would be tasking Senator Therese Terlaje and controversial attorney Mike Phillips and to take the lead on appealing to the U.S. Supreme Court the U.S. Court of Appeals for the Ninth Circuit decision against GovGuam in the landmark Davis Case regarding the vote of self determination of the Chamorro people to decolonize.

Today Senator Therese Terlaje rejected Lou Leon Guerrero’s offer and said she is confident that Attorney General Leevin Camacho – the Chief Legal Officer of the Government of Guam – and his staff are able to represent this matter.

At stake is the ability for the "native inhabitants"of Guam to hold a vote that collectively will express the desire of Chamorros to have a closer relationship with the United States, or to separate from the United States.

Mr. Davis, in his lawsuit filed in the U.S. District Court of Guam years ago, complained that the plebiscite violates his civil rights and disenfranchises him and others, who do not meet the local decolonization law's definition of 'native inhabitant.'

The District Court ruled in his favor. Former Gov. Eddie Calvo and former Attorney General Elizabeth Barrett Anderson decided to appeal the loss to the Ninth Circuit, but lost.

Sources tell Kandit News that the Governor had consulted with the Attorney General on this matter as well as local activists after the AG explained how risky it could be to appeal this decision. Sources indicate that everyone agreed to take the less risky route and to amend some local language in laws to remedy concerns and keep our CLTC program safe and avoid the potential to invalidate the plebiscite vote. However, it appears Senator Terlaje has instead been pushing for Attorney Mike Phillips to argue this case and was able to swing some of the activist support her way. The political maneuvering behind the scenes by Phillips and Terlaje are most likely what prompted this statement from the Governor.

Leon Guerrero further said: “While this has always been my personal belief, I must also weigh it against the careful, thorough legal advice of our Attorney General and Special Assistant AGs. They believe that there is potential for significant risk associated with an appeal to the current U.S. Supreme Court. These potential risks include the Court going beyond the narrow holding of the Ninth Circuit and invalidating our plebiscite under the Fourteenth Amendment, which could put a host of other programs, including the Chamorro Land Trust, at risk.”

But in an example of “be careful what you ask for,” the Governor then pins this appeal directly on the shoulders of Senator Terlaje and Attorney Mike Phillips.

“However, just a few days before our deadline to appeal, I have been asked by other attorneys to not forsake our right to appeal,” the Governor said. “These legal experts believe Guam must appeal regardless of the Court’s composition or the risks it may invite. They believe history must be served by making our case at the U.S. Supreme Court…. That is why I will ask the Attorney General to appoint Attorneys Mike Phillips and Senator Therese Terlaje to lead our Davis appeal in the U.S. Supreme Court.”

Senator Terlaje – the one alleged to be pushing this issue to be spearheaded by Attorney Phillips – quickly reacted and declined. 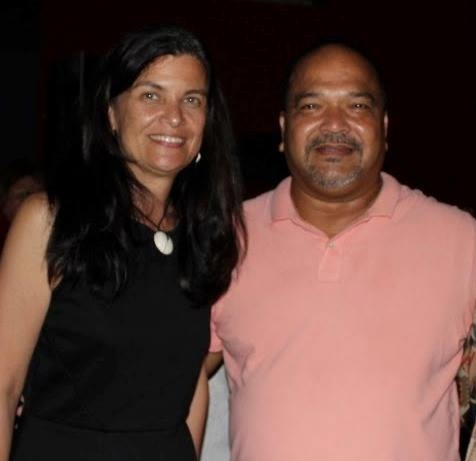 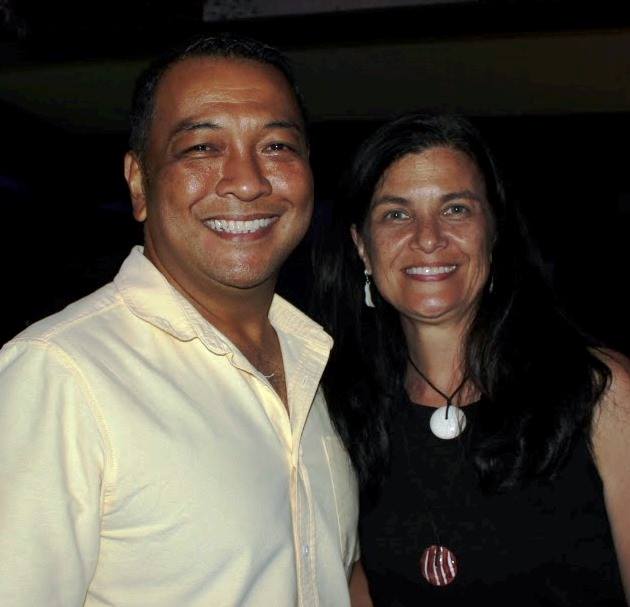 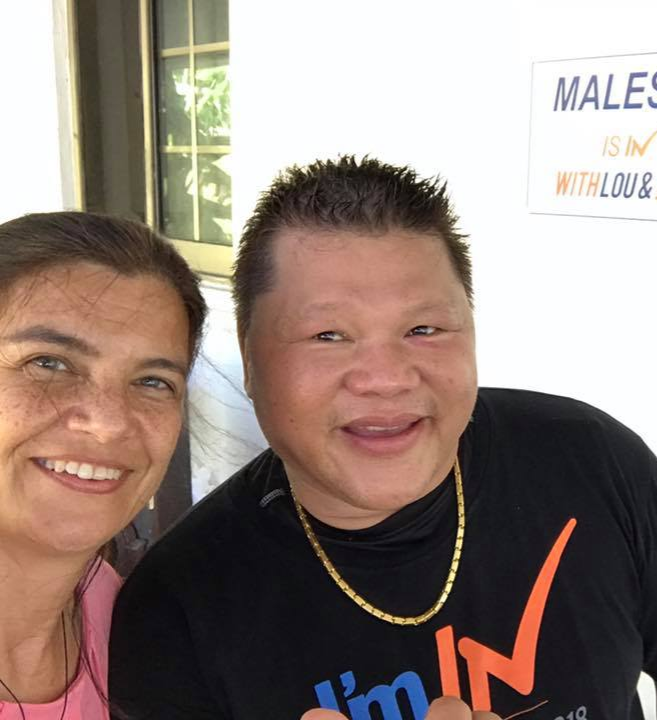 “Special AG Julian Aguon and Deputy AG Orcutt laid a brilliant foundation in the case,” Terlaje stated. “The new AG, deputy AGs, Special AG Aguon, and Attorney Mike Phillips are great legal minds and I am confident they will do everything possible to preserve our rights at this point.”

Terlaje made it clear that her job is that as a senator and not co-counsel with Mike Phillips.

“I am a Senator for the people of Guam and cannot be a lead attorney, but I will assist the Governor, the AG, and Attorney Phillips in any way possible in moving forward with this historic appeal before the U.S. Supreme Court,” she said.

Sources involved in the behind the scenes work on this matter expressed their clear frustration with Terlaje and Mike Phillips on this matter and the risk involved including the potential for Chamorros to lose their U.S. citizenship.

“Key to this equation is that if Congress ever said that Chamorros lose their citizenship neither Mike Phillips nor Therese Terlaje will be affected because they both are half white,” the source said. “Since one of their parents is not from Guam and are not Chamorro they will get to keep their U.S. citizenship based on their Caucasian parents lineage and citizenship,” the source said. “So it’s easy for them to be reckless.”

Due to the pressure from controversial and ethically-challenged attorney Mike Phillips and Senator Therese Terlaje, Governor Leon Guerrero has given in to their demands and publicly stated she will support their request to make a final appeal, this time to the United States Supreme Court. The Governor’s decision comes with grave risk, including the Ninth Circuit's narrow ruling spilling over to other areas under legal contention, like the U.S. Justice Department's lawsuit for a permanent injunction against the Chamorro Land Trust Act. Such a decision will jeopardize the leases of thousands of residents currently living and working on Chamorro Land Trust properties; and the dreams of thousands more awaiting their turn for a residential, agricultural, or commercial lease on thousands of remaining lots. It could also affect the U.S. citizenship of the Chamorro people.

Despite the dire consequences this can have on the people, Leon Guerrero is asking the Attorney General to put Mike Phillips and Therese Terlaje front and center and to take the lead. It appears Mike Phillips has convinced the Senator Terlaje that he is the man to argue this for the people of Guam when in reality he most likely is just looking for a replacement for the $70,000 a month he can no longer bill the Port since he was replaced. A new flow of millions of dollars for Mike Phillips would certainly come in the form of a Supreme Court appeal. The Governor has already said she will not pay for Mike Phillips legal fees and AG Camacho has reportedly indicated the same.

“If this is what Therese Terlaje wants then she needs to find the money to pay Mike Phillips,” the source said.

A colleague of Senator Terlaje - Senator Mary Camacho Torres - has accused Mike Phillips of illegal billing practices and unethical behavior. Her complaints are pending before the AG's Office and the Guam Bar

“This is his challenge-he claims to be able to do this,” the source told Kandit News.

Meanwhile, we reached out to members of the public for reaction. Most said they don’t really care about the behind-the-scenes political maneuvering of all the parties but are more worried about the impact this will have on them and their children and grandchildren.

Whether this matter gets that far rests on if Attorney Mike Phillips can prove that he has the moral character and professional character to argue before the United States Supreme Court on behalf of the people of Guam.

In March of 2013, Senator Mary Camacho Torres filed an lengthy ethics complaint against Attorney Mike Phillips. In a news release Senator Torres said alleged that Attorneys Michael F. Phillips violated numerous rules of the Guam Rules of Professional Conduct while he was the attorney and she was the General Manager of the Port Authority of Guam.

“During my tenure as General Manager of the Port, I was critical of the delivery of legal services that the Phillips Firm was providing to the Port and the Firm’s failure to timely submit invoices for payment and to properly allocate billings, so it did not surprise me that their reports prepared in conjunction with the investigation were unprofessional and misleading,” Torres said. “Unfortunately, the Port Board members did not share my concerns regarding the haphazard investigatory reports or the potential waste and lack of accountability when dealing with the Phillips Firm.”

The Board Chairman at the time was Dan Tydingco.

In her ethics complaint, Torres sets forth detailed facts and provides evidence, along with citations to legal authority, supporting her belief that Phillips committed numerous ethical violations.

The ethical rules Torres contends the involved attorneys violated include:

• Rule 3.1 (Meritorious Claims and Contentions) which provides in part that a lawyer shall not bring or defend a proceeding, or assert or controvert an issue therein unless there is a basis in law and fact for doing so that is not frivolous. Even assuming the factual findings made by the attorneys in the Phillips reports are taken as true, which they are not, there can be no colorable good faith claim that these facts amount to a violation of criminal and civil laws as alleged in the Phillips Report. In accusing employees of violating multiple criminal and civil statutes without any basis in law or fact, the Phillips Firm, and its attorneys Bell and Phillips, violated Rule 3.1.

• Rule 4.1 (Truthfulness in Statements to Others) prohibits lawyers from making false statements to others, including making misleading statements or omissions that are equivalent of false statements. The Phillips Firm and their attorney violated Rule 4.1 by misrepresenting their role, adverse position, and adverse intentions in their communications to the Port employees.

Moreover, the Phillips reports not only contained material misrepresentations of fact, but also concluded that numerous laws were violated based on these false facts.

• Rule 4.4 (Respect for Rights of Third Parties) states that in representing a client, a lawyer shall not use means that have no substantial purpose other than to embarrass, delay, or burden a third person, or use methods of obtaining evidence that violate the legal rights of such a person.

The involved attorneys threatened criminal or civil proceedings that were not well founded to gain leverage and with no substantial purpose other than to embarrass or burden the Port employees in violation of Rule 4.4.

* Rule 4.3 (Dealing with Unrepresented Person) requires that a lawyer must disclose any adverse relationship between the lawyer’s client and the third person. The attorneys involved in the Port investigation mislead the Port employees concerning their role in the investigation. By failing to disclose the true nature of the investigation and particularly that employees were being investigated for possible wrongdoing in connection with the worker’s compensation matter, the Phillips Firm and attorneys Bell and Phillips violated Rule 4.3.

• Rule 8.4 (Misconduct) states that it is a professional misconduct for a lawyer to violate or attempt to violate the Rules of Professional Conduct, knowingly assist or induce another to do so, or do so through the acts of another; engage in conduct involving dishonesty, fraud, deceit or misrepresentations; and engage in conduct that is prejudicial to the administration of justice.

“It is unconscionable that attorneys Phillips and Bell should be allowed to ruin the lives of innocent citizens, disregard their responsibilities as officers of the legal system, and violate the public trust and rules they were sworn to uphold and defend”, adds Torres. “Attorneys are members of a profession and officers of the legal system having special responsibility for the quality of justice and a lawyer should demonstrate respect for the legal system and use the law’s procedures only for legitimate purposes.”

Torres stated she has complete confidence that the GBA Ethics Committee will conduct a thorough investigation into her complaint and fulfill their responsibilities to protect the public and the administration of justice from attorneys who have demonstrated by their conduct that they are unable to properly discharge their professional duties.

Her complaint along with numerous others remain pending before the Guam Bar Ethics Prosecutor.