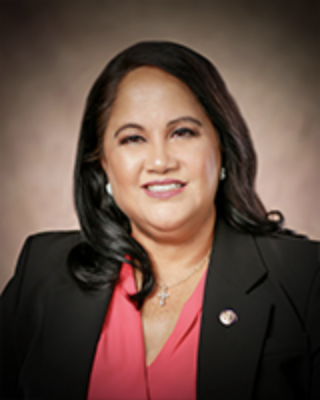 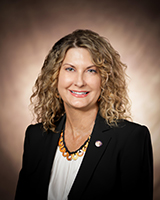 (Tumon, Guam) The Guam Legislature posted a war claims bill and a FestPac bill on its agenda two days ago. Kandit posted a picture of a fire truck parked in the fire lane of the Micronesia Mall yesterday.

Near 5 p.m. Wednesday Speaker Tina Muna Barnes and Sen. Joe San Agustin orchestrated the placement of a war claims bill the public had never before seen. It was a version of her Bill No. 181, which when first introduced, authorized the governor to use $7.5 million from so-called lapsed ('leftover' and unexpended authorizations) 2019 funds to pay the war claims of only a fraction of claimants.

Sen. Jose "Pedo" Terlaje made a motion "To accept Bill No. 181 as substituted on the session agenda" that legislative day. Sen. Therese Terlaje wasn't having it. To paraphrase the wise senator: 'Hold up, sister!'

Ms. Terlaje objected to the motion, telling senators neither she nor anyone else in the public had even had a chance to review the substitute bill. She said that on cursory review there are amendments, like a change in funding source from lapsed funds to the General Fund, that had never been publicly discussed. She had to say all of that above the annoying rap of the speaker's gavel, because oddly, Ms. Muna Barnes ruled the Pedo Terlaje amendment to be non-debatable. Actually, she said the 'objection' was non-debatable; we think she meant the 'motion' was non-debatable. That's just us nit-picking on the speaker's lackluster command of parliamentary procedure.

At the end of the non-existent discussion it is the speaker's gavel that won. She ramrodded the vote and, outrageously, nine senators gave Mr. Terlaje the vote to accept Ms. Muna Barnes's undiscussed substitute bill on the floor for discussion and debate.

But it was the next motion, moved like clockwork, that made it obvious as the day is bright that what was happening was a well-planned effort to rush Bill No. 181 to the governor's desk. "Madam Speaker, I move to place Bill No. 181 as substituted onto the Third Reading File for consideration by the Legislature," Sen. Joe San Agustin said, when recognized as soon as the Pedo Terlaje amendment passed.

"On the motion, are there any objections?" Ms. Muna Barnes asked. Ms. Terlaje objected and, as is customary and within the rules, began to speak against the motion. According to parliamentary procedure, this is the part of the session agenda, where senators raise their hands then, one by one, state their reasons for being for or against the motion to move the bill into the voting file.

But the speaker rapped her gavel again, calling Ms. Terlaje out of order. She called for the vote, bypassing the legislative process with senators wanting to debate against the measure and no one calling for the vote, also called 'the previous question.'

Nine senators voted for the San Agustin motion without any discussion. "Madam Speaker, did we just vote to move this bill to the voting file without any debate or discussion?!" an incredulous Ms. Terlaje shouted.

She wasn't the only one left flabbergasted by what had just happened. Senators Jim Moylan and Telo Taitague were equally pissed.

When the dust had settled and the substitute bill finally released to the media, the public finally realized that not only had the funding source been changed, but the funding cap of $7.5 million was lifted. The speaker's bill wrote the governor a blank check!

The consequences of the Legislature's actions are far reaching; yet, no one was able to debate it. The speaker and her cronies in the Legislature saw to that. A senator, who spoke to Kandit News on condition of anonymity revealed that the rush to send the bill off the to the governor without debate was to prevent certain senators from having Congressman Michael San Nicolas call into the session. Mr. San Nicolas, we were told, was awake in the early morning Washington, D.C. hours and on standby to again caution senators against this bill and how it jeopardizes his superior bill in the United States Senate.

The ramrodding of this far-reaching legislation flies in the face of democracy; the blank check to the governor may as well be the Legislature's surrender of the separation of its power to the executive branch. There is an old saying that "No man's life, liberty, or property are safe while the Legislature is in session." It's a quip, but in many ways it is true.

The Organic Act gives the plenary power to make laws to these 15 senators. Any time they are in session, they can make laws that could condemn your private property, strip more of your civil rights, retool the meaning of life, and everything in between.

That is why reasonable people should expect that on any matter that comes before them, whether as important as war claims or as stupid as ambient lighting for fish in Tumon Bay, they have an open and honest debate in front of the cameras, with the microphones on.

What's interesting about the debate on the Legislature is what took place prior to the war claims ramrod of 2019. Sen. Kelly Marsh Taitano tried to get her FestPac bill on the agenda. She didn't have the votes to get it done. Shortly after that there was a recess, and Ms. Taitano made beelines to her fellow senators, the speaker first. That one minute recess turned into 30 minutes. Cameras rolling and no microphones on, you could see Ms. Taitano all over the session floor.

As soon as the microphones came back on, Ms. Taitano asks the body to reconsider her motion, and voila, just like that, she gets her FestPac bill onto the agenda. No debate. No discussion. All of a sudden - in those 30 minutes - senators changed their minds. Why? Perhaps it had something to do with the votes they needed to pass the next item on the agenda - Ms. Muna Barnes Bill No. 181. They needed Ms. Taitano's vote, and she held it ransom to her FestPac bill

In the Guam Legislature, democracy is a commodity traded by senators who would sell the people down the drain to get what they want. And they'll conduct their transactions, when the microphones are off.

Kandit was so infuriated by what we saw, and yesterday we conducted a little experiment. A few days ago someone sent us three pictures depicting a fire truck in a Micronesia Mall fire lane with two medics inside PayLess. We understood the reason for this, but we also knew that the post would inspire spirited debate.

Within an hour of the post there were more than 30 comments of people with differing opinions going back and forth. For the most part, the commenters were respectful, giving their reasons for defending the firemen's actions or opposing them.

At the end of the online debate a line of reasoning became clear: the firemen were right to park in the firelane as they got some food to feed themselves and possibly their fire station because if they got a phone call for service, they had to be closest to their vehicle.

The point we wanted to make is that every day citizens can engage in discussion and debate on even trivial matters as the parking of a fire truck in the fire lane of the Micronesia Mall, while our elected representative body deprived all of us of any debate on a matter of such grave importance as war claims and the writing of a blank check to a governor quickly being forfeited enormous power by a group of stupid senators.