And the reason we call this series BLOOD MONEY

(Tumon, Guam) The people who profit from family-destroying Liberty gambling machines are possessed with a public persona that preaches Christian and family values, moral superiority, and an elite, untouchable status that places them above reproach. They look down on the families their business destroys and use a fraction of the proceeds of their ill-gotten wealth buying off the politicians who allow their company to continue operating. They already have bought off the Catholic Church's silence.

In many ways, their movements resemble those of an organized crime family; nearly identical to the Italian mafia families of the 1960s, who were notorious for buying out the Italian government and even Roman cardinals.

That's because they are a mafia. And despite all their patrimony to the church and to the elite who look down on drug users who fund their riches, this mafia 'family' has a criminal history of its own.

The name Amanda Shelton may be familiar to the generation paying attention to the news in the 1970s. It's synonymous with illegal gambling on Guam. Oh, but Sen. Amanda Shelton wasn't born until the 1990s. Not that Amanda Shelton. Her grandmother, Amanda Guzman Shelton.

The reason her name is familiar is because of a federal case called United States of America v. Various Slot Machines on Guam and Amanda Guzman Shelton. Gambling and criminal activity now are three generations deep in the Shelton family.

From December 17, 1962 on, the elder Shelton and her son, the late Sen. Austin "Sonny" Shelton, imported slot machines of identical concept to today's Liberty machines through the seaport in violation of the interstate and foreign commerce laws of the United States.

Mr. Shelton, who is Sen. Amanda Shelton's father and a convicted felon for federal corruption crimes, told Federal Bureau of Investigation agents, "[T]he machines are not gambling machines but are 'Electronic Point-Maker Machines.'"

This is the same argument Sen. Amanda Shelton's family and associates are using today to validate the operation of the Liberty slot machines today in local court. The difference is that Guam's Legislature had, until 2013, closed the loopholes on slot machines and declared them illegal. So did the voters of Guam, who overwhelmingly elected in three referenda to prohibit gambling. Yet, former Sen. Chris Duenas and every single one of his colleagues in the 32nd Guam Legislature voted to legalize the Liberty machines.

All of them have been the subject of criminal investigation, and two of them were prosecuted and convicted of federal crimes.

Mr. Shelton was the first of several connected to the administration of former Gov. Carl Gutierrez to be convicted of corruption charges. In January 2002 he was sentenced to 10 years in federal prison for bid rigging, wire fraud, and money laundering in connection with federal funds tied to the post-Supertyphoon Paka recovery effort.

His crimes and those of others jeopardized future typhoon recovery assistance from the federal government, which withheld funding for several typhoons following 1997. These sanctions had a crippling effect on Guam's economy - suffering the poorest in our community to months of waiting for relief in post-Chata'an and Pongsona relief efforts in 2002 and into 2003.

Mr. Shinohara played a direct role in Mr. Shelton's federal conviction. She testified against him in order to receive immunity for her own crimes during the Gutierrez administration.

Ms. Shinohara was the secretary to Mr. Gutierrez, and was implicated in federal crimes, for which she was under investigation. She also was in charge of the local Recovery Coordination Office, the agency through which federal funds for Paka recovery flowed. 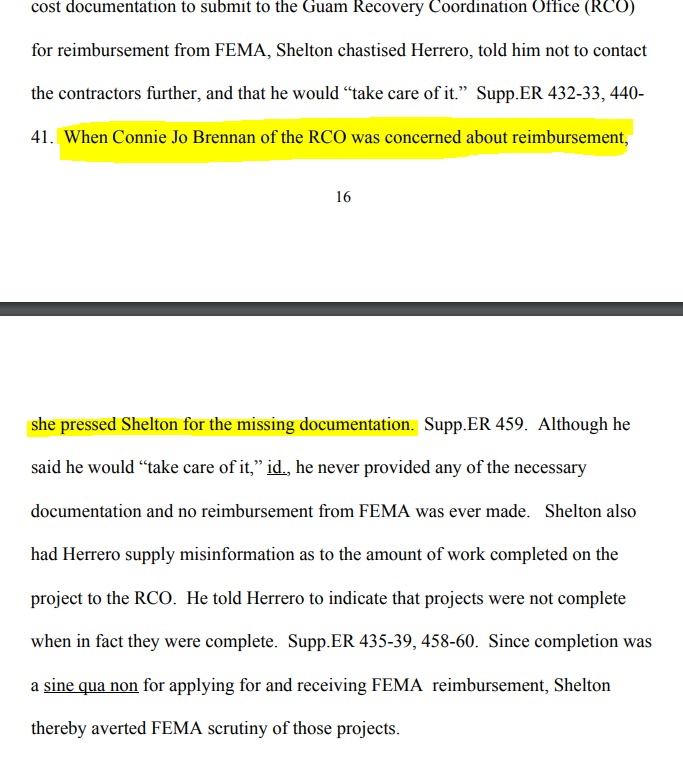 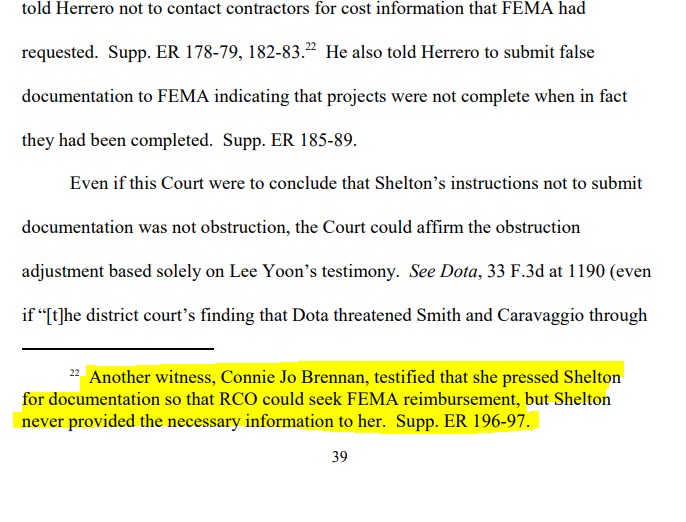 In United States of America v. Austin J. "Sonny" Shelton, Mr. Shelton's future sister-in-law testified against him to save her ass, claiming that Mr. Shelton never provided the required documentation to account for funds to her. Mr. Shelton died under federal custody. Despite such an awful betrayal, the Shinoharas and the Sheltons continued their lust for gambling profits. This is why we called this series, Blood Money.

Ms. Shinohara's husband was the subject of several corruption investigations by the FBI during and following his role as chief of staff to Mr. Gutierrez. In 2005, he was finally convicted in District Court of conspiracy to commit money laundering and bank fraud, and sentenced to two years and eight months in the federal penitentiary.

These crimes against the people of Guam, our laws, and the laws of the United States have gone rewarded by a system of political patronage that has enriched them, and placed their cronies in positions of significant power. Ironically, Mr. Shinohara's crimes were committed against the Bank of Guam, Gov. Lou Leon Guerrero's family's bank.

She placed his wife in charge of her campaign and the seaport, metaphorically placing the fox in the proverbial hen house.

These are the people, who look down upon and ignore the plight of the poor, addicts, and working families. In the most twisted of ways, they made their riches illegally off those they've been allowed to climb over all these years.